If you are a fan of Google, you’ll love Google Chrome. Its Omnibox will let you perform your Google searches without opening an exclusive tab for it, it will connect you with all your other devices through your Google account, and it will update itself discreetly every now and then. Besides, you can enrich this free and functional browser with a wide array of extensions and accessibility features.

Used by 75% of all Internet users, this free and functional browser has exceeded even the most optimistic expectations – at least from the user’s perspective – by reaching its overwhelming supremacy in barely nine years since its first launch in 2008, a time when Firefox and IE shared a solid 90% of all browser usage in almost equal parts. I guess that Google’s supremacy in the realm of the search engines and its perfect integration with Android devices via the user’s Google account made all the difference.

In the interface design area, Chrome is not much different from the rest of its competitors. Actually, it’s not the nicest of them all – think of Opera’s beautiful themes and speed dial, for instance – but that doesn’t seem to detract from its popularity. Actually, many users believe that a browser should be as discreet and invisible as possible, and leave all the glamor to the web pages themselves. Chrome’s tabs are, however, really nice both to use and look at, with a design that, in terms of usability, surpasses all the rest.

As for speed, Chrome is one of the fastest options available, thanks not only to a successful software design but also to its perfect use of today’s multi-thread technology and its effective hoarding of as many of your system’s resources as it can put its hands on. This is probably this successful browser’s main drawback – its greediness in terms of memory usage, which makes multitasking problematic in modern computers and simple Internet browsing a true challenge for less gifted PCs.

If worried about your browsing history and the growing number of cookies that pile up on your computer, Chrome offers you Incognito. When opening a window in Incognito mode you’ll still be prey to viruses and all the other threats of Internet browsing and file downloading, but at least your privacy will be less compromised. You can also configure the browser’s behavior in term of pop-ups, blocking them if you wish to avoid ads from ruining your browsing experience.

Something that other browsers won’t offer you – at least not at this scale – is a full set of extensions devoted to accessibility. Thus, if you have a visual impairment or you simply want to make Web navigation a more comfortable task for your eyes, you can make changes in the color contrast, apply color filters to the web pages you visit, replace all images on the page with their alternative description (or highlight in red those that don’t have one), and even read via the context menu whatever long descriptions have been added to the different elements on the site.

As of today, Google Chrome is not only the most widely used browser by far but also the only one that keeps growing in terms of usage in a steady and apparently unstoppable way. Despite it has its drawbacks, it is clearly the one users prefer, most probably because of its full and seamless integration and synchronization with your smartphone and any other Android devices. Its continuous yet unobtrusive updates are also worth noting. 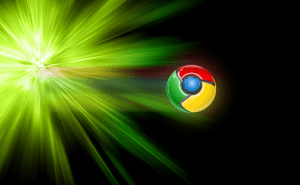 Clean Up Your Chrome Browser with Google's Software Removal Tool 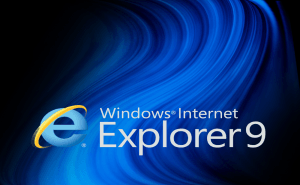 Browse the Internet and create web applications on a Chrome-compatible browser.
FREE

Browse the Internet on a secure web browser with all the features of Chrome.
FREE

Browse the Web with a Chromium-based browser that sends no data to Google.

It can back up and restore your Google Chrome personal data.
FREE

An extension for Google Chrome that adds a button which launches a new session.

Thank you for rating the program!
Please add a comment explaining the reasoning behind your vote.
478 comments
Comment viaFacebook
M

I like this very much for good working and good helping.